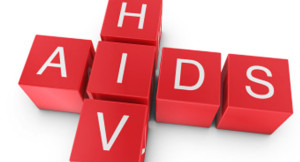 HOW DO YOU GET HIV OR AIDS?*

HOW DO YOU GET HIV?

Certain body fluids from an HIV-infected person can transmit HIV.

These body fluids are:

These body fluids must come into contact with a mucous membrane or damaged tissue or be directly injected into your bloodstream (by a needle or syringe) for transmission to possibly occur. Mucous membranes are the soft, moist areas just inside the openings to your body. They can be found inside the rectum, the vagina or the opening of the penis, and the mouth.

HOW IS HIV SP

Approximately 50,000 new HIV infections occur in the United States each year. In the U.S., HIV is spread mainly by:

Less commonly, HIV may be spread by:

HIV is NOT spread by:

HIV is not spread through the air and it does not live long outside the human body.

HOW DO YOU GET AIDS?

The terms “HIV” and “AIDS” can be confusing because both terms refer to the same disease. However, “HIV” refers to the virus itself, and “AIDS” refers to the late stage of HIV infection, when an HIV-infected person’s immune system is severely damaged and has difficulty fighting diseases and certain cancers. Before the development of certain medications, people with HIV could progress to AIDS in just a few years. But today, most people who are HIV-positive do not progress to AIDS. That’s because if you have HIV and you take antiretroviral therapy (ART) consistently, you can keep the level of HIV in your body low. This will help keep your body strong and healthy and reduce the likelihood that you will ever progress to AIDS. It will also help lower your risk of transmitting HIV to others.

For more information about the difference between HIV and AIDS, see What Is HIV/AIDS?

WHAT SHOULD I DO IF I THINK I HAVE HIV?

The only way to know for sure if you have HIV is to get tested. Testing is relatively simple. You can get an HIV test from your doctor or healthcare provider, community health center, Veteran’s health center, Title X family planning clinic, and other locations. There also are FDA-approved HIV home test kits you can use.

One of the easiest ways to find an HIV testing location is to use the HIV Testing & Care Services Locator. Just type in your ZIP code and, within seconds, you will get a list of HIV testing sites near you—including those that offer free HIV testing

Scroll back to top